What is the Thermoelectric Separation Substrate? 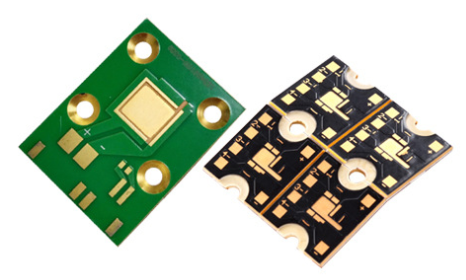 1. Selecting the copper substrate: the density is high, the substrate itself has strong heat carrying capacity, and the heat conduction and heat dissipation are good.

2. Adopting the thermoelectric separation structure: contact the lamp bead with zero thermal resistance, reduce the weakness of lamp bead light and extend the life of lamp bead to an extreme.

3. The density of the copper substrate is high, and the heat carrying capacity is strong, and the volume is smaller under the same power.

6. Different structures can be made according to the different design needs of the lamps (copper bumps, copper concave block, paralleled thermal and 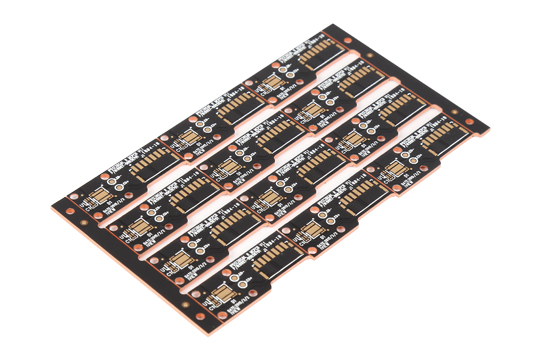 1. First, cut the copper foil substrate to a suitable size for processing.

2. Note that before pressing the substrate, the copper foil on the copper surface need to be roughened by brushing and micro-etching.

3. The Dry film photoresist is adhered to the copper core PCB at an appropriate temperature and pressure, and the photoresist produce polymerization after being irradiated with ultraviolet rays in the light transmitting region of the film (The dry film of the region will be retained as an etch stop in the later step of developing copper-etching.), and the line image on the film will be transferred to the dry film photoresist on the board.

5. Finally, using aqueous solution of sodium hydroxide to wash away the dry film photoresist that has been retired. For the inner layer circuit board of six or more layers, using the automatic positioning punching machine to flush out riveting reference hole for alignment of interlayer lines 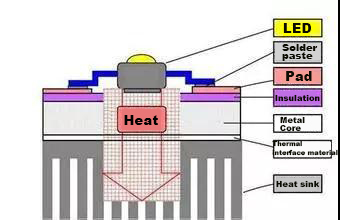