Layer orientation is used to help us distinct different layers. Many layout programs allow mirrored data output, making it easy to cause manufacturing problems if there is no layer label or the layer label is wrong. Therefore, defining each layer with a unique label is the guarantee to produce PCBs correctly. This rule is appropriate for PCB prototype assembly and mass PCB production.

Some situation about layer orientation

l No label for layer orientation

Can you distinguish which layer is the TOP layer or the BOT layer?  NOT sure.

From the picture, you will find that although your file data has defined the top layer and the bottom layer, you still cannot be sure the layer orientation. Because almost every CAD program allows a mirrored output of the data, which is true for the single-sided board and multi-layered board. 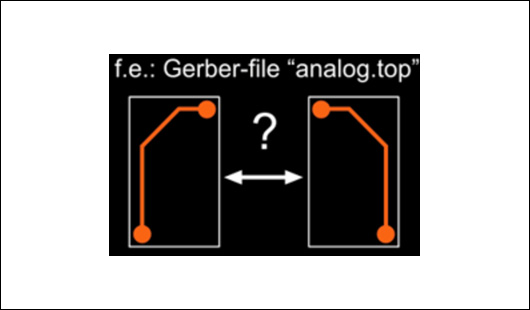 From the top view, the letter of “TOP” should be readable, and the “BOT” is mirrored and clear. 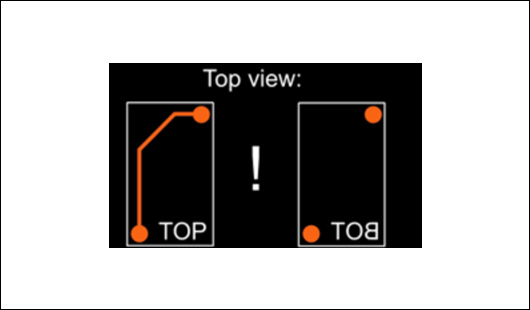 We should use continuous labels for each layer for the multi-layered PCB, which makes it easy to identify the layer orientation. 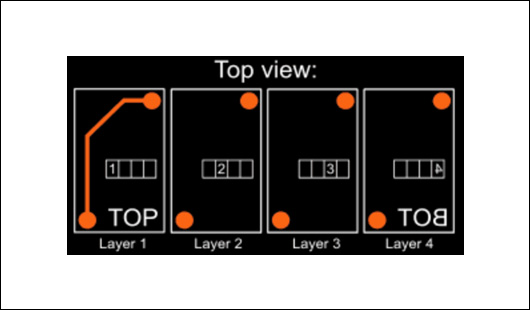 Criteria for labeling the layer orientation

1. There needs a separate data created for each TOP layer and BOTTOM layer.

2. It is advisable to label each layer and attach a text on the inside or outside of the board.

3. The texts that are used to mark the layer orientation must be readable and clear. And the texts should be etched like the traces, and the design rules of the trace must be followed.

4. The word “TOP” should be frontally and legible; the letter of “BOT” on the bottom layer should be mirrored from the top. Then the “BOT” will be readable after the PCB is complete. 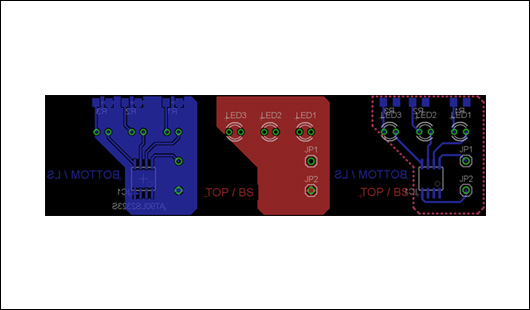 Layer orientation is so important in PCB manufacturing. Don’t forget to label them correctly! If you are still confused about the layer orientation, please feel no hesitate to contact us.